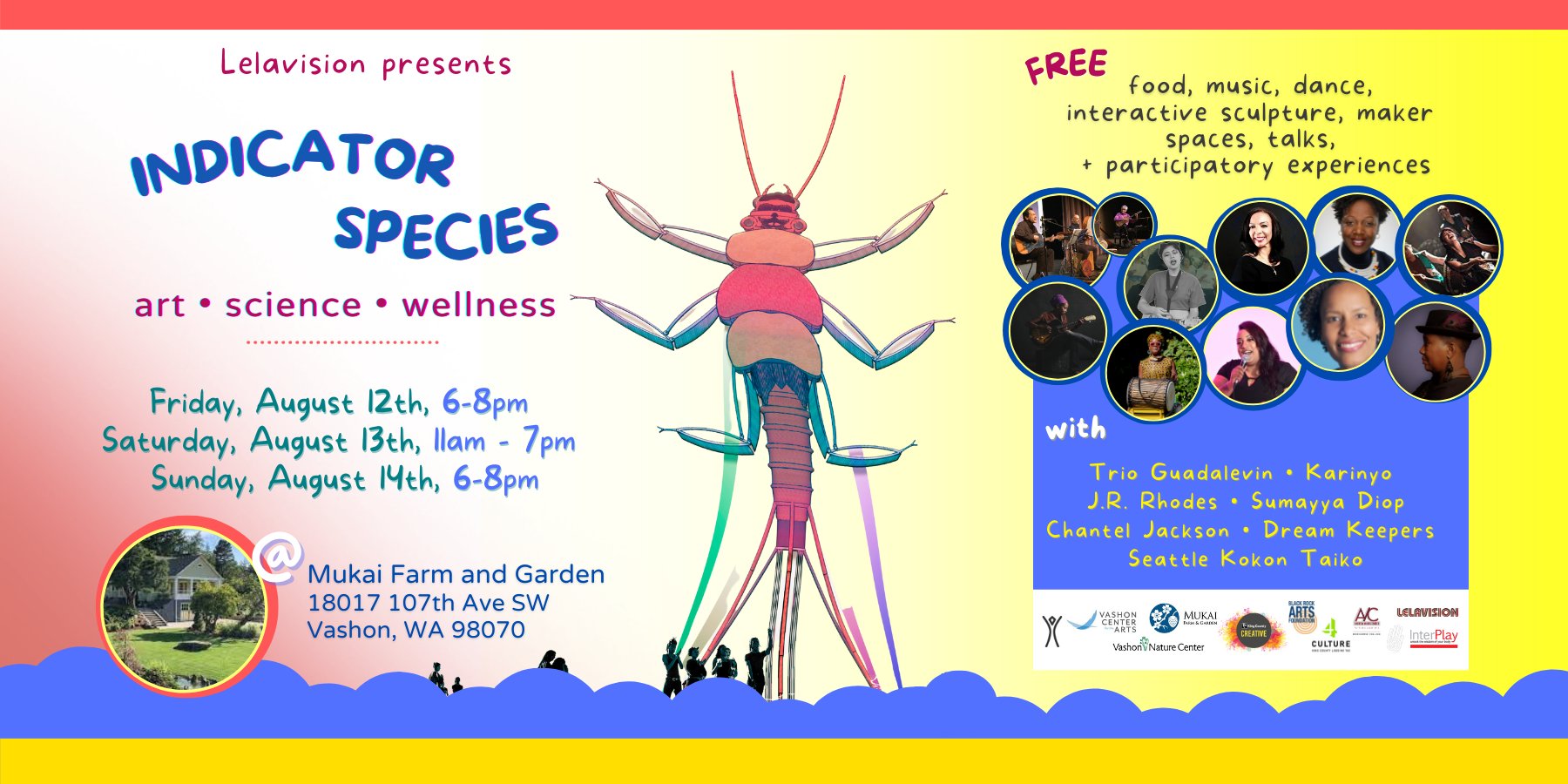 The mission of the event is to delight people in the celebration of diversity both in our environment and in our society. The event explores the intersections of environmental justice, social justice, and racial justice

Presenters will be BIPOC artists, scientists, recovery specialists, somatic practitioners, musicians, dancers, and community activists. There will be a drum circle, yoga, meditation, dance, music, participatory arts activities, environmental and health discussions, karaoke, and free organic food in collaboration with For All and local farmers.

We believe that this project is important because creative and restorative experiences that bring community together to be delighted and informed and to highlight essential environmental and social issues are needed now more than ever.

Support us fiscally in three ways:

3. Donate to our Kickstarter Campaign: 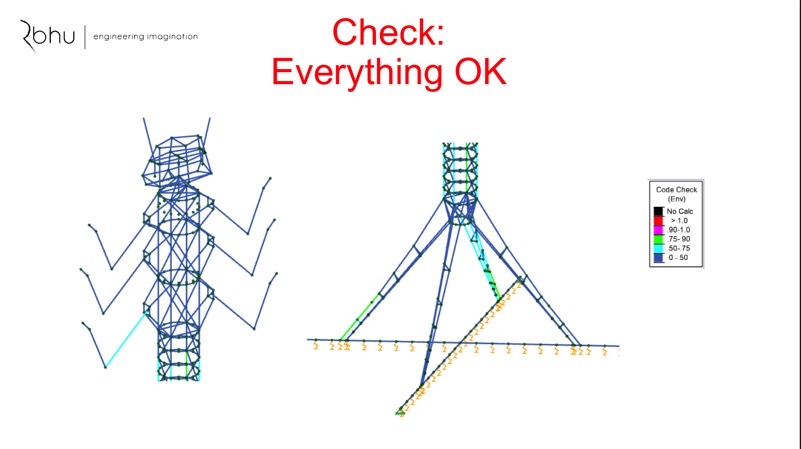 This project was previously titled "the Importance of Small Things" as can be seen in the original concept in this video: 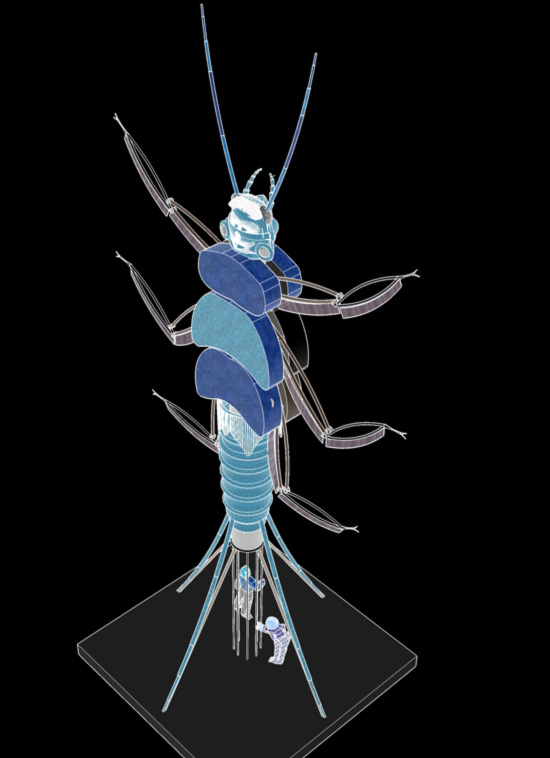 When Ela was six years old his father made a deal with him: "I won't buy you any toys, but I'll help you make anything you want."  Thus, Ela was launched on a lifelong path of “making,” an attitude and lifestyle that was initiated by his off-the-grid home-schooled environment of his childhood in the mountains of Southern Oregon.

In 1989, at the age of sixteen, he was awarded a scholarship to attend the Atlanta College of Art.  He graduated with a BFA in sculpture in 1993. While at ACA Ela began experimenting with combining sound with form to create musical sculptures, a process that has resulted in more than forty large-scale musical instruments to date. From college onward, Ela's art has encompassed sculpture, music, film, and movement in live performance. Ela's artistic horizons continue to expand as he erases the lines between disciplines to create multi-faceted works that now include design and fabrication of public art, architectural design and planning, numerous recordings, short films and scores.

1992 – Internship, through the Atlanta College of Art, Atlanta, GA, with artist Scott Gilliam to construct and install Gilliam's "She Wolf" at PS-1, New York, NY.

1997-present—Lelavision: performer, creative director, and co-founder. Inventor and fabricator of musical sculptures for this internationally known performing, touring, and teaching company combining kinetic musical-sculpture and performance. Co-creator of a repertoire of eleven shows centered around the sculptures.

1993-1999 —Musician and musical instrument inventor for UMO Ensemble, a Lacoq-based physical theater company. Collaborated on music and set design and toured the US with the six-member troupe.

2010—Artist in Residence, to invent and build a glass musical instrument. Museum of Glass. Tacoma, WA.

2015— "Magnificenterra." A stainless steel public sculpture commissioned by St Thomas School, Medina, WA. A kinetic and musical sculpture of the globe and atmosphere.

"Chemical Origins of Life." With Dr. David Lynn, Professor of Chemistry and Biology, Emory University. Presented at the American Association for the Advancement of Science annual meeting, Washington, DC.

"Above the Genome." A performance video featuring Dr. Arri Eisen, Professor of Biology, Emory University, and the musical sculpture Epitone. At the Museum of Glass, Tacoma, WA.

2002 – "Children of the Tide." Sound score for this film on microscopic sea life by David Brugman. University of WA and Friday Harbor Laboratories. Washington.

2010— Designer of private residence in Applegate, OR.

2001-present— International touring with Lelavision. Co-director, composer, kinetic-musical sculpture designer/fabricator, and performer for Physical Music performances at 11 International Festivals in 6 countries and in other festivals and venues in major cities around the world, in the US, Canada, Cambodia, Thailand, Italy, et al.

Leah's work focuses on embodiment and somatic understanding for integrity and transformation. As a former competitive gymnast and with her degree in Health, Physical Education and Dance, she has utilized her kinetic, tactile and spacial learning style to reintegrate whole body practices into all her art actions - performing, teaching youth, facilitating social justice events, facilitating personal development workshops and producing events. Her work focuses on the common denominators of the human experience, the formation of community and healthy ecosystems, micro and macro.

In addition to being Co-Founder of Lelavision, Leah is the Director Emeritus and Co-Founder of the award-winning company, Moving in the Spirit - a dance, urban outreach , mentorship program in Atlanta, which has been thriving since 1987 and named one of the top 10 youth development organizations in the nation.

"Unlike many other instrument builder/inventors, Lamblin has not begun to specialize in a particular genre of instruments, and one can only look to the future with anticipation for the fantastic instruments that will be born of this artist's fertile imagination!"
– Experimental Musical Instruments Magazine

"Maybe it's her compassion and insight, which influence her art . It could be her willingness and ability to look inside herself and study the fears, hopes and happiness that she shares with humanity. ..... For Leah Mann, dance is the structure upon which a better world can be found."
-– Creative Loafing, Atlanta